Andre’s Hourly Quests have been uploaded! Remember that it may take an hour or two for those to show up on your account. My job as Quest editor has been somewhat difficult since we’re short Gardening and Tailoring, two of the crafts I had hoped to have ready for Closed Beta. However…

Cooking is nearly done! I’ve squashed as many bugs as I could find as of today, so we’ll be uploading the necessary backend over the next two weeks! Myth, Steph, and I are all headed to Gencon as of tomorrow, so you may not see much of us until next week. Club has promised to hold down the fort while we’re gone, but she seems to be associating with some… shady characters as of late… Oh well! I’m sure that’s nothing to worry about, and will definitely not come up in any way while we’re gone! Read More »

Look, sometimes quick and easy is exactly what you need, and nothing says “quick and easy” like a proper pizza! I’ve got four new styles on my shelves now: Cheese, Meat Lover’s, Pepperoni, and Veggie. Ooooh, the whole shop smells like sauce and delicious melted cheese now... Read More »

A few more Hourly Quests have been uploaded! Remember that it may take an hour or two before you receive the new Quests. This time we learn a bit more about Lycus, who runs a haphazard lab/donation area at the University Lab. I’ll probably add a few more Hourly Quests for him over the weekend too, but I can’t make any promises. Thanks again for all your help and patience across the site! Read More »

Good morning, gardeners! I have some beautiful news for you. My Greenhouse Garden is finally stocking flowers! As you've no doubt heard through the grapevine, my first pick was the classic Rose, a perfect pick for the loveliest of gifts or personal collections. I've even got synthetic colors specially grown for the fashion-minded, like myself! Now, if only I could talk Andre into really making a spectacle out of my craft... Read More »

More Hourly Quests are here! Miranda’s a busy bee at the bookstore, and she could use your help with keeping order or simply by exchanging books. I tried something a little new with our system which might skew her Quests to be a bit harder to collect than everyone else’s - so please let me know what you think! If it’s too “repetitive”, what I can do is make the Book Exchange Quest only appear once you’ve earned Miranda’s Devoted reputation. 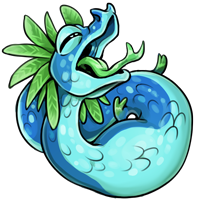