Though most of reality was shredded during the Cataclysm, there are Remnants that still exist within the Tattered Weave. Complete Quests to earn a secret from each Character. You can read more about the Characters available in each Remnant here or on the Forums! Once you've collected enough secrets, you can unlock new Remnants to explore!

Find your way around the University town of Hope. You can find the student buildings to the right, but watch out for the Tatters on the far left! No one ever returns from the Tattered Weave... at least, not without a Kith Ally!

Some of Hope's shops work in special, unusual ways. Nicholas sells premium items for Gems, Lycus takes donated items in the name of scientific experiments to create new items, Iris cares for Kith that have yet to make an Alliance, Estella runs the Bank of Hope, and there's also a Shady Character with "customized" items in store...

Searching through the Tattered Weave, guided and guarded by the Kith, you find yourself in an enchanted forest that ought not to exist. Explore this new remnant of reality for yourself to discover the Avoreal nests that guard their land from the Tatters above, the Elf homes made of living trees, and the Dryad burrows in the roots of their shared land.

The Everstorm has cleared to reveal a beautiful sandy beach and clear water. Here you can swim in the depths to find merfolk, or rise into the cove to meet a pirate crew!

The Narrator invited you to watch a performance that his Thespians are dying to show you. Better wear a mask and stay in the role you've been assigned, lest the Stagehands make a captive audience of you...

After traveling through the depths of tattered space, you've reached the last ship to survive the Ultranova - welcome aboard the Cosmic Solarium!

The Golden Colosseum is where humans, Fauns, and Centaurs use the transformational magic of their Gods to wage an eternal war against the vicious Snarls! Are you ready to fight?

Amid the howling winds and freezing snow is a huge globe of ice within the Tatters. Snarls are clustered around a spreading crack in the wall - can you fight your way through to save the Snow Globe? 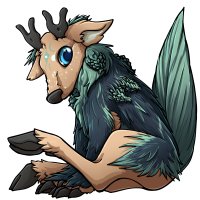