**Currently dressed as: our TTWsona

Note: If you send us a message thanking us for wishlist items and we don't reply, we promise we're not ignoring you! Many days we are just tired and unable to words, but we quietly appreciate all of your messages regardless.

(picture of Bastion and Phosphor by the illustrious Shazzbaa)

Actually not a single otter, but a trenchcoat filled with otters. More about that here, and more about us here! If you're wondering about the little bold letters in brackets, now you know. ;)

Neurodivergent, Asian-American, bodily early 20s, internally... it depends. Queer as heck and proud of it. Chronically ill, abuse survivors, rising from the ashes. A few of us are perpetually cynical about the state of the world and fully convinced that humanity's going to do itself in, but we'll be damned if we don't try our best anyway.

Sometimes we do art. Someday we'll have an art blog that's actually up-to-date.

Currently on hiatus from Discord. Say hi to us on the forums! Barring that, feel free to PM us if you have a question or just want to chat. :) We've bid adieu to Tumblr and our personal Twitter is people-we-know-only, but we do have a Pillowfort, if you're on that site!

We actually have several TW accounts! Most of them are inactive aside from this one, though. The main one would be Phosphor's, which he uses for hosting giveaways.

We were the inspiration for the Veilious kith! They are such good blanket children and we love them very much. (And yes, we do indeed occasionally hand out charms for them - if you want a shot at one, put one in your wishlist and be sure to set yourself to appear in the Users Online list. Please don't ask us directly for one, though, it creates an obligation that's uncomfy for us. ;v;)

And yes, we were also consultants for RiGBy!

We also admin, edit, and write for the unofficial Tattered Weave wiki. We haven't been so active there recently due to life, but you can provide feedback here and read various lore fragments we've gathered here! A MASSIVE THANK YOU TO EVERYONE WHO'S CONTRIBUTED!!!

GASP thank you for the custom subs!

aH thanks otters !! just from gifting me i now have inspiration for an item im tempted to try making now !!!

Hm yeah I'd say that's true. We definitely have a lot of newer people, although I haven't seen enough other sites to know if that's an unusual amount or not.
I feel like they always end up sounding mostly the same after some time... Like I might start out with them being annoyingly cheerful as they're supposed to be, and then 10 pages later they'll just sound bored all the time, lol.
Hmm, that's good advice to keep in mind! I keep ending up annoyed whenever I have an idea and then proceed to get told, "Oh, that sounds like ___!" :') It's unlikely that I'll ever stop randomly making new OCs every other week, but hey I'll at least try making more... serious ones, if only because it's a pain trying to decide who to commission.
I mean, I don't see why other people would care too much as long as you don't end up derailing the story or something. You'd think godmodding would get a bit boring after awhile. Maybe next time I'll just let a godmodder do whatever they want and see if they ever get tired of it, haha.
(Thanks, and I don't mind!)
Hey, maybe colleges will just be threatened into accepting you or something.

At one point, I made a thread explaining etiquette and stuff with some help from another roleplayer so I can just throw the link at people. Unsure how much good it's done, though, considering that I never got around to finishing the "Tips & Tricks" section, so the only thing it says is "Murdering your OCs is more fun than it sounds.", which I totally meant as a placeholder. I should probably fix it, buuuut.
I do that way too much, like oh I want to use this person but the RP only has a spot open for some evil character so I just casually make them evil. And over time they just end up as my 'evil character' even though I still have a non-evil version of them somewhere.
Thank you! At this point I might just scrap most of them... I have a habit of thinking "Oh this is a cool trait" or "I had a great idea for a magical ability but no one to give it to" so I make a new OC to dump it on. And thus I end up with 10 of them having roughly the same personality since I just slapped on the first filler details that came to mind, being too impatient to actually sit on it a bit and make them an actually interesting character. (Let's not even get started on my lack of interesting backstories.) I still love them but I think it's best if I start from scratch again. I'd rather have few but extremely developed OCs than, like, 50 million shallow ones.
But first, I'm going to need a more interesting universe. Yey. It'll be a fun project.
I had to make this,,,, I'm sorry
(I think he was already an assassin or something, so he might've been used to it, but still, being a murderer valedictorian doesn't sound like a very healthy lifestyle...)

Everyone was annoyed, but they claimed, "I don't see that I'm doing anything wrong, I think it's well within the rules to stab people." I don't remember what happened after that, but now I avoid such... odd fights.

(Yep! I think? I'm not even sure anymore xD I've recently been trying to revamp my entire universe and OCs since most of them are ones from, like, seventh grade that I never bothered to change. Not that bad in terms of personality and stuff, but they're certainly not as interesting as I'd like them to be. I think there might be two different Phoenicias running around. Sometimes she has her magical agility + reflex stuff, but she doesn't travel and wears her hair loose. Then the revamped version of her has a braid somewhere, no abilities but a magical quill, and runs around telling stories. But I use both versions, so I'm not sure whether they count as two different people?)

An art teacher trying to eat your souls sounds like a bit of a pain xD Are there characters that have bad intentions? I remember this one roleplay where someone's character kept trying to murder people by night but be a perfect student by day, and I was like "Gee, sounds really stressful...." 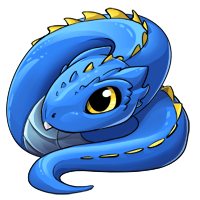