Written by Admin  Posted on September 08, 2022 Okay squirt, I've had every single one of Veilious' heads on a hunt for this script and they've all turned up bupkis. Like, the Monster Bride has never performed on the Shadow Stage. Seems weird, right? But that isn't to say she never existed. I went down into the oldest archives to look through all the unfinished manuscripts in the back and hers was buried pretty far down. Now, you can totally read it, but like, I really have to stress that the story isn't finished. Like, not even half way.

Long ago, back before I was even a drop of ink waiting in the pot, the "Creator" did all his writing himself. No Scribe, no Ghost Writer, no Haunted Editorial, nothing. But I guess he was just as much of a flake back then as he was when I got hired because he'd discard manuscripts at the first sign of writing himself into a corner.

The Tale of the Monster Bride does look finished enough that he would've had a casting in mind, but the story just... doesn't have an ending. It's possible something happened to that Thespian before she could debut? I don't know, its a really old manuscript from what I can tell. I think it was before even Wolf's time - could have been when her granddaddy was still pretty spry.

I know this isn't the answer you were hoping for. Sorry Witch, but this is the best I can do.
Go to Forum 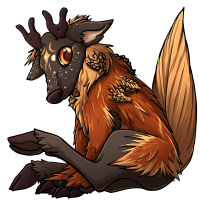