She means it, even if she doesn't sound it, I promisssse.

I'm tired. Battle in the blizzard has been dragging on. Progress toward the crack in the ice is slow going. Or it feels that way. Hard to tell with all the snow and hail blocking the view. Zephyr's suffering the worst of it in there, with this battlefield so at-odds with the Goddess of Spring. Kosmas is more than making up for it in his element.

I've never seen Valeria so excited to be second-ranked in an arena!

Hah. She's always happy to have competition. Still. Don’t feel bad. I saw her burst through an avalanche like a fireball in human form.

There's nothing to be ashamed about needing a break! Besides, we have plansssss~

True. You all are welcome to join us, if you want. I've got one more trick to try before I lay down my weapons. As the Oracle, I can call upon the Fallen Goddess in times of need, instead of just waiting for random deities to speak up. At this point, I think it's worth the risk.

So. You coming? You might want to consider wearing her colors for this one, especially around your head. These visions aren't for the weak of mind. I'll send a shipment to your Headmaster's Office with a Star Reader's Badge Bundle and Pick A Part: Star Reader's Badge so anyone who wants to buy in can do so there.

Pythia. Put that down.

Prank later. Help me set up first. Can you blow out the candles? I'll get started drawing.

Here, at the heart of her fallen temple, we begin ... 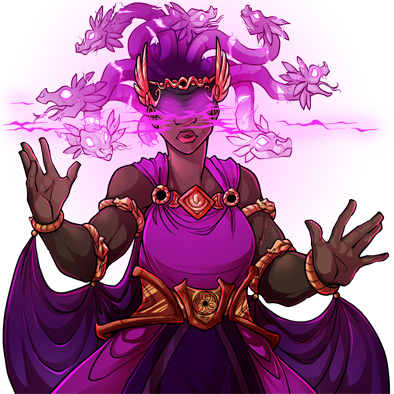 Fallen Goddess, hear the voice of your Oracle... I have always listened to your call. Whether I wanted to or not. I ask now, listen to mine.

Share your grief with us. Show us the stars you threaten with darkness. Give us insight into your fury, that we may know your pain and take it as our own.

Let us see that which drives you to destruction here...

Hmm. Pythia, did you catch that? What did it say?

Those lips kind of looked like the Everlasting Smile Snarl, don't you think? But I've never seen them actually speak like that in battle. Creeeeepy!

Some believe that Snarls are made of that Remnant's nightmares. The Everlasting Smile could be based off a particularly nasty person who inspires said nightmares... We'll find out soon enough. There's no need to speculate when we're so close to breaking through.

Wait, what? Did I miss something? What did you see that makes you so sure?

The flipping pages. Some of the symbols on it were phases of the moon. We wouldn't have seen them change unless that change was important. I suspect we’ll learn more on January 12th when the moon is full and the Fallen Goddess is at her weakest.

I'm already feeling the effects of that prayer. It takes a lot out of me to read the stars like that. I need to rest. Pythia, tell the others.

We're almost through.
Go to Forum 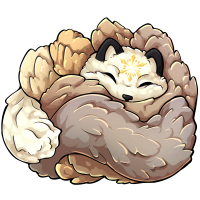