Scorch it... This late already? Sigh. At least I haven’t slept through my meeting - thanks ever so for waking me. No, there’s no need to concern, it is merely that I may have stayed up slightly later than usual, poring over the reports and filing documentation... There’s been so much to review...

The good news is that we've put together as many preparations as we can to defend against any possible return of that rogue AI, Specter, and we shall continue to be extremely alert. But, strangely... while attempting to corroborate her claims and investigate their implications, I feel like I’ve been stumbling into a black hole of questions, sinking deeper and deeper... And between my own reports, and the meetings with Marcus about his historical findings, and with Dione and the Shimmerfins about the nature of their abilities... There’s so much new information I have to consider, and explain to others... (The joys of being the Commander...)

But… but it is nothing that I cannot handle, of course. The Bridge Crew will be here soon, so I must ask you all to depart- hmm, unless...

Would it be all right if I practiced my presentation to the Bridge Crew with all of you? It's only that some elements of my talk may prove, ah, controversial, and so any amount of feedback you could provide would be... highly appreciated.

Now that we have concluded our pleasantries, I should like to begin this meeting. If all members of the crew could direct their attention to this first holo-slide... You see, it appears that when fleeing Specter’s ship, some of the pirates took it upon themselves to helpfully... what was the phrasing... “plunder a hearty heap o’ treasure chests”? When the chests were opened with the Skeleton Keys found throughout the Coral Reef, the pirates discovered some very strange clothing. Mr. Smith has assured me that these clothes contain the same properties as his previously-discovered Tempest Treader set, and, in light of the revelation that Specter may have links to Solarium technology, he offered it to us for further investigation.

Thus, I have already authorized the creation of a collaborative cross-Remnant emergency research team, composed of an expert delegation of Shimmerfins from the Coral Reef, as well as some of our most promising experimental technicians from the Cosmic Solarium. Please see budgetary form 72.42A, transmitted to your devices. I assure you, this research team proved essential, because their findings have been... unique.

As you examine my next holo-slide, you may observe that there is a notable space motif in this Pink Harmonic Conductor Wand and Yellow Harmonic Soloist Halo... But the similarities are not merely superficial, for these Orange Harmonic Chorus Speakers and Red Harmonic Symphony Cape contain gravity-defying elements that function exactly in the same manner as our own antigravity technology... save for the fact that, ahem, no antigravity hardware has been discovered within them. Yet.

Our technicians assure me that although isolating this technology has proved... a temporary challenge, they are already having some success in other areas. Likewise, the Shimmerfins have been examining the clothing with their magi- I mean to say, with their own methodologies - and although it is not yet fully understood, both halves of the team were able to replicate and repurpose some elements.

Next slide... The members of the research team were particularly excited to report that all of this newly-named Harmonious Hardware can interface with both the technology of the Reef and our own Solarium! This team is clearly worthy of our commendation, so I nominate that we continue to fund their efforts - after all, I have no doubt that exploring the full range of these possibilities will take them many months of tireless effort.

However... There are some additional facts that... No. Let me rephrase. I would be remiss if I did not mention... No. There are a few insignificant details that I wish to include as a minor footnote, and...

I’ve been trying to learn more about that former engineer, the one who supposedly created Specter... Yetrick. There aren't any records that list him as being part of any sort of elite organization, let alone any, ah, secret society or anything like that. Not even in Green's memory banks, fragmented though they may be... Although according to the evaluations written by the previous commander, he was supposedly extremely talented despite his age. And our scientists have confirmed that he was indeed the one behind the breakthrough in experimental AI technology that was being tested for the first time aboard this station. In fact, apparently the processes he developed for creating new AI are still largely unchanged, somehow! Sixty years, and nobody has been able to make significant innovations in this field?! Most documents have chalked it up to our lack of resources and our need to prioritize other less functional systems. But now I wonder... wonder...

Look, it’s just, here in the Solarium, we've been assuming that we had a clear picture of the Golden Age, due its recency - that we alone had upheld its culture, whereas all the other Remnants had undergone drastic transformations over time. I mean, they have... Elves! And Merfolk! The assumption seemed reasonable!

But... now I can’t help but ask myself... if the “Sea Witch” was really the sister of our former engineer, and shaped the Coral Reef the same way that other figures such as the Narrator were said to have shaped their own Remnants... Could it be possible that the Solarium also underwent some form of transformation, without being aware of it? Perhaps something that pushed us more towards the augmented technological abilities that all the other Remnants lack, at the expense of this... this magic that is so prevalent elsewhere? And if so, were there facts about the Golden Age that were deliberately obscured from our history? And what does this mean about our AI...?

I keep hoping that I’ll find answers while researching Yetrick's life... or his death. He’s listed as one of the many individuals who were killed during the shockwave from the Ultranova, the one that damaged our station and destroyed the rest of the Insterstellar Fleet. I only wish... Although there's no reason anyone should have recorded this minor factoid, of course. There's no reason I should even be looking for the records. But... I just...

I just can’t help wishing that any of these records referenced whether or not they ever found his body...

Scorch it, WHAT am I saying?! I must sound delusional. No, just - simply ignore me, I merely require additional sleep. Hearing it out loud, I have made my decision - there is no need to bring up any of this wild speculation to the Bridge Crew. They’d laugh me out of the room...

Still. Thanks ever so, everyone, for listening. This has been a helpful practice run, and I feel much more confident about my upcoming presentation. As part of my gratitude, I shall ensure that that Headmaster Artois offers you all premium access to the Harmonic Badge Bundle and Pick A Part: Harmonic Badge for sale.
Go to Forum 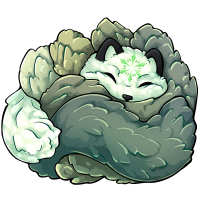