Written by Admin  Posted on June 07, 2021 Well, recruits, how are you feeling about the visit from the Heroes of the Lost God of Chance… Wait. Is 'Heroes' still the right term? Oh, Summer’s sunburn, that’s how we normally refer to folks just like them who show up from a new Remnant - but loading us up with magically-cursed items is anything but heroic! You Heroes of the Lost Goddess of Wisdom would never have done such a thing!

You know, right from the start, Chrysa kept saying to only trust the people on that boat as far as I could throw them, and I took those words of wisdom to heart…

So they had me totally fooled. That whole band just seemed so friendly! Some of their trumpet players even started playing dramatic fanfares whenever I transformed!! That betrayal stung like a sword in the side…

And we'd all better get EXTRA GOOD AT SWORD SWINGING, if what Chrysa says is true! So now it's time to GEAR UP for some ALL OUT BRAWLING with the June Site Contest: WAR GAMES!

We’ve got a Games Contest and Battle Contest - be on the lookout for those Snarls, recruits! I can already feel them storming toward us through the Tatters... we're going to have a swarm on our hands soon! And something tells me you'll all be well rewarded in the coming fight...

By the glory of Summer himself, the entries start TODAY! The contest will end on June 20th at 12:00 (noon) CHT - and the winners will be announced on June 21st! The winner of each category will receive 100 Gems, as well as a special In the Spotlight Achievement and some unique items, the Spotlight Showcase and Spotlight T-Shirt!

Winners are chosen based on the number of Cheers that their entry receives. And don't forget to read the Rules!

Now, TO BATTLE! No Snarls are going to catch US unawares!
Go to Forum 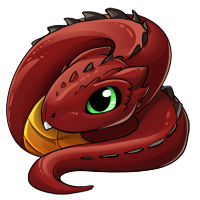