Written by Admin  Posted on May 27, 2021 Hello, lucky venturers! Though the Event is not yet over, I thought it would be good to set up a specific Forum Feedback thread where everyone can share their thoughts on the structure of the Lucky Venture Event so that it's separate and distinct from the final farewell thread. This is your last reminder that the Lucky Venture Event will end on May 31st!

This was our first ever Event where you all get to decide which Remnant will next become available to unlock. Since it's our first attempt, there are things that worked well and things that need improvement for next time! I've created a couple of simple polls included at the end of this post for you to offer easy one-click feedback in addition to any replies posted here.

Based on what I've seen in the point values and discussed on the Forums thus far, here are some of my unconfirmed ideas for restructuring a Remnant-unlocking event for next time:

Provide a spoiler tag with the launch of the event that outlines each checkpoint and how many Quests to expect, along with what type of Quest (Hourly, Daily, Unique).

Remove the Event Rankings tab so that visual aspect of competition is removed.

Have an equal number of items between the Remnant options as well as within the selections as much as is possible with the artwork we have.

Begin the event with communal checkpoints, so that all three Remnants have their new items unlocked at the same time. These checkpoints will reveal toys, food, books, and clothes in the Cargo Hold'em shop. The checkpoints will be calculated to unlock approximately all new items in the first half of the month, but since users are ever unpredictable it could be more or less!

After this point, there would still be communal quests that let casual or late users catch up on points for Achievements. However, each of the three Remnants would start to have Quests that reward voting points to their specific Remnant. This is similar to the way the event is working currently.

I'm still pondering this last idea, which is meant to give users a strong individual vote: in the final week of the Event, every user would get one Unique Quest per Remnant which rewards a large number of points to that specific Remnant. Users can complete these Unique Quests for any of the three Remnants if they wish to do so (this allows for people who like multiple options to pick and choose or support all options). I will likely have to include a requirement such as "has completed at least x number of Event Quests" to discourage multi-accounting.

Please share your own ideas for the future here! And to keep a silver lining on the rainclouds of critique, we'd also really appreciate hearing what you liked best about the event too! 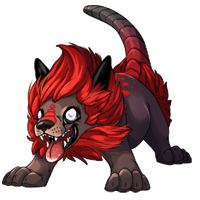