Written by Admin  Posted on January 14, 2021 It's time for our January update! This month, we're bringing you a whole slew of new Hourly, Daily, and Unique Quests for- for... Where is he?!

Sigh. Okay, so much for dramatic entrances. I'm not sure where that Shady Character has gone off to, but he told me to reset all his Reputation points to 0 so that his Quests could be done in order.
(Wait. Since when does Shady want order? Was that some kind of ruse? Oh no, am I being scammed?!)

I, uh, gotta go double-check on the servers real quick - if you see Shady, pin him down with Quests before he can get up to no good!! Please keep in mind that it may take an hour or two for new Hourly Quests to appear on your account.
(I should have known better than to get distracted talking to Miranda about the Return of the Everstorm Unique Quest... Gah!! Curse you, Shady!)
Go to Forum 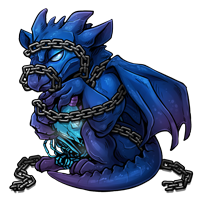