Written by Admin  Posted on January 04, 2021 Okay everyone, listen up! I've spent a totally infuriating time lying around in bed, with nothing to do but think about all the scripts that I wasn’t writing, ugh... but now I'm finally back on my feet and ready to host the January Site Contest to replace the one that I was, like, supposed to do back in November. I guess The Scientist did a surprisingly good job of covering for me... Talk about a plot twist. He really was NOT who I would've expected, but hey, as long as the Slasher's not on the byline, I'm all set.

Speaking of which, let's go ahead and make the theme of this whole Site Contest a bold statement about artistic expertise, to use the phrase I was almost dying to say to the Narrator in the day... I Can Do Better!

First up, we're going to have an Avatar Contest, where you can impersonate any of my fellow Tattered World chara- friends. But I don’t want to see any boring replicas... This contest is all about transformative works, people! Think of this is a chance for visual fanfiction! Add some twist to the outfits, set some unconventional scenes... Do something creative with it! Plus, let's make sure everyone has a chance at the spotlight - for this contest, you can use costumes from the Dressing Room that you don't own.

Next up, we have something that's extra fun! That's right, I'm talking about the much-anticipated Quest Design contest! Look, I'm not saying that you have to put words in anybody's mouth if you don’t want to - we’ve had plenty of that here in the Shadow Stage - but you should suggest a shopkeeper, topic, reward, and requirement at the least. For example, I could enter something like, “The Slasher has a quest where he bemoans the fact that all of The Scribe’s plots are way better than his, sending an apology for that one time he ruined all of her scripts, and asking for some of the books that she sells, in reward for his axe, which he shall never use to slash books ever again.” Like... Hypothetically. Standard disclaimer here to the winner about how any dialog and whatever may be edited by the admins before it's finalized on site.

Anyway, the entries start today at noon! The contest will end on January 17th at 12:00 (noon) CHT - and the winner of each category will receive 100 Gems, as well as a special In the Spotlight Achievement and some unique items, the Spotlight Showcase and Spotlight T-Shirt!

Winners are chosen based on the number of Cheers that their entry receives. And don't forget to read the Rules!

I’m so glad to have my quill and coffee beans in hand again... Now, show me what you’ve got!
Go to Forum 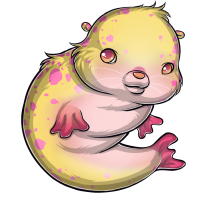