I know I said we’d be unlikely to post any updates while we’re at Gencon, but I have a couple things that came up today I wanted to share! Firstly, we heard your suggestions for the Forum reward and have decided to put the Shard reward on a 1 minute timer rather than the posts themselves. This may change in the future if we find that users are spamming faster than mods can keep up.

I also wanted to talk to y’all about server downtime, in the interest of transparency. Thanks to your help on Kickstarter, we’ve been able to afford the Amazon EC2 server and that has been fantastic for us so far! We’ve had very little problems, and updating code takes far less than we originally estimated, which is great news for everyone. However, those updates do still take time to affect the entirety of the site - about 4 minutes or less. During that time, we have a backup “mini” server that tries to keep the site running, but this is a free extra from Amazon that can’t always keep up with our users. (Eventually, when we have some premium purchases coming in, we plan to expand that!)

So what does this mean, diana? Well, it means that you may occasionally notice a strange 'hiccup' on the site where pages will load strangely or redirect you to our error page for a couple minutes. Once Closed Beta is over, we’ll be moving all but the most imperative updates to a scheduled time when our users aren’t usually online, like 5am or something, so that it’s less likely to interrupt you. Until then, you might rarely hit one of these updates, but it SHOULD go away in a few minutes - if it ever doesn’t, feel free to contact us on social media and we’ll look into is ASAP! I’d like to thank the few who have hit this strange-looking issue before and reported it to us. The fact that so many of you care enough to report bugs and problems means a lot to us, and we’re incredibly grateful!

In happier news, I learned today that we have 100% finished all the necessary code and art for Cooking! Club and I will be uploading all of it as soon as I get back from Gencon. Next week you’ll also start seeing Kith attributes & personality rewards for Quests, too! :D There’s so much to look forward to!

(I haven't assigned any Kith attributes/personalities to Quests yet, by the way, so if you have suggestions, feel free to share them here!)
Go to Forum 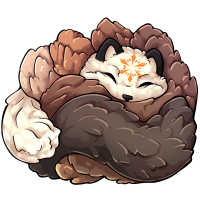 Create Your Account
© Copyright 2023 Mythmakers LLC. All Rights Reserved. Tattered World is a registered trademark of Mythmakers LLC.
Error: Your browser has disconnected. Please refresh the page to try to reconnect.