“Read the future while catching as many jacks as possible! Intimidate foes with your horrible reading!”

Group shot: actually moved all items from gallery to locker (good thing I had a "few") and screenshotted! 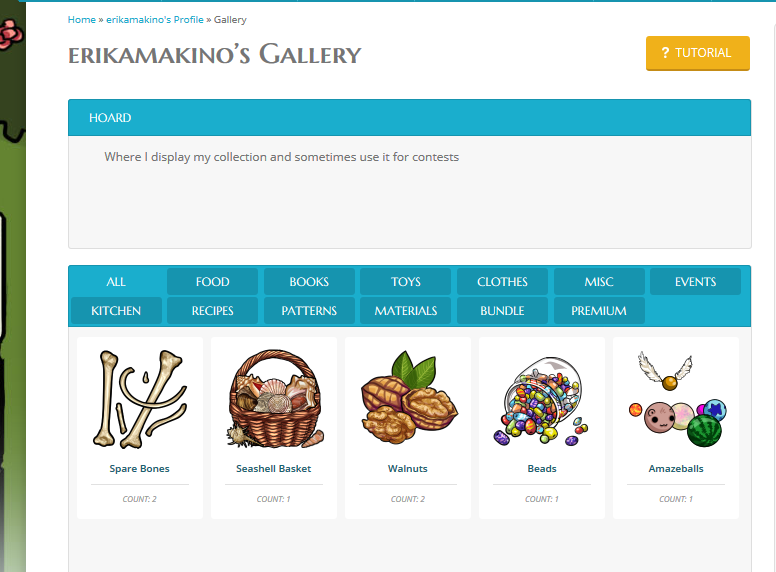 So with the latter four items, if combined, they could be used for a bone reading but if you add the amazeballs to it, you could also play knucklebones or jacks with it!

When I first saw the amazeballs toys in the Enchanted forest and the fact there was a contest of invention, I immediately thought of the game I used to play when I was a kid which was jackstones. And based on my whole experience playing the site I have yet to encounter game here.

Of course I had to double check everything and make a research just in case it already exists but it just went by a different name. Fortunately there wasn’t one in the site and I found out jackstones was originally called jacks or knucklebones.

In the end I wasn’t satisfied with the plain old knucklebones game so I decided to add another aspect which was kind of similar to the components of the knucklebones game and that turned out to be bone reading. And voila! One silly and maybe challenging game to boot!

The gameplay at first is quite simple: you start by picking a ball randomly from the pool of amazeballs and then like any game of knucklebones (jacks) you decide the first player by flipping the jacks on your hand. Then after throwing the jacks on the ground this is where it gets harder since you have to read your opponent’s fortune as fast as possible and pick up as many jacks as well before the ball comes down. The type of ball you’d pick could also add to the challenge but before we go there I’d say from this point onwards you could go creative or wild with the rules.

For one you could you could make-up your own readings.Or you could really get serious with your readings that if your reading ever comes true later in the day you get extra jacks. You could also employ a point-system if you want more things complicated instead of the usual addition or deduction of the actual jacks. You could actually also bewitch the game to make the readings really come true but at your own risk of course! Or you could add a rule that whoever laughs or reacts at your weird or funny readings the player will lose jacks. Or you could have a fixed set of the meaning of the readings so if your reading is correct it would add more points or jacks to the number of jacks you already have etc. Your pick!

And lastly, as mentioned before, the type of ball you picked could add to the challenge. Like if you got the one ball with wings you have to read the bones and catch them as fast as possible before you lose the winged ball completely a.k.a. you have to catch the winged-ball as well but that doesn’t mean you win automatically! You could do the latter though as another variation of the game that whoever gets the winged ball in the shortest possible time gets more points or automatically wins the game. Another possible variant: would be the jacks used in the game part i.e. with the seashell basket, you would practically only use the thin seas shells for easy catching but to make things harder you could include the flat, wide and spiky ones as well!

TL;DR you could just play the good ol’ traditional knucklebones with made-up readings or make it wacky, weird and complicated - whatever your cup of tea is!

And just a little bit of extra my tagline is just an excerpt of my original caption since I thought it had to be 100 words! Good thing I double-checked! XD Here was the full description plus an extra one:

“Introducing a combination of the game knucklebones/ jacks with bone reading! Read your opponent’s future while trying to catch as many jacks as possible! Intimidate your foe with your horrible reading!Er – I mean the horrible information you got from the jacks – you get the point! Play it simply or complexly or seriously, it’s guaranteed to amuse you in any way (unless you get a bad reading that is)!”

"The game entails agility and concentration as you have to read or divine the bones while trying to catch them as many as possible.” 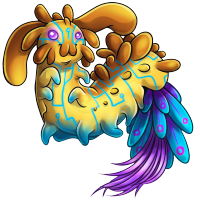 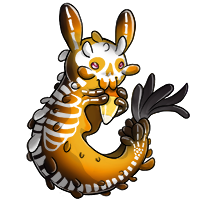 [@erikamakino] (Ooh! An adaptation of an authentic Earth game, played with materials drawn from multiple Remnants? How radiant! And your instructions are so thorough and detailed… Is designing games your primary directive? Perhaps? 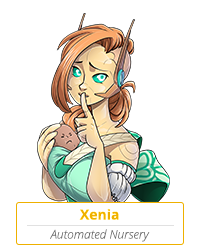 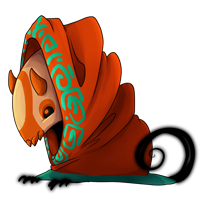